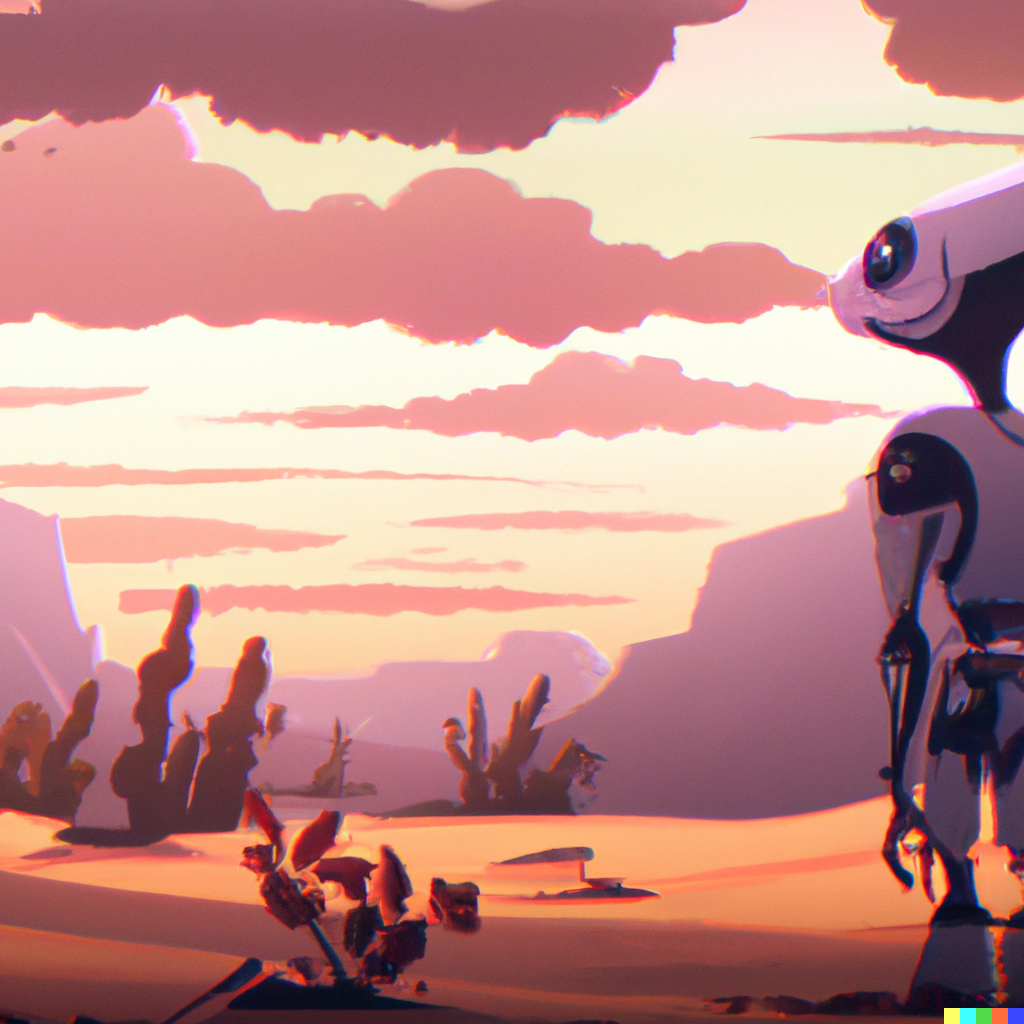 to quote Andy Williams, "It's the most wonderful time of the year". December has come, and warm cookies are already cooling in the living room. The hogfather has already brought me a present in the form of the new GPT-3.5 language model from OpenAI. You can try it out here. The chatGPT revolutionizes the way someone can be taught a topic. You could discuss physics with the bot and through that gain a deeper understanding. People are already testing the limits of the bot to find out how nefarious it can be. They were able to disable the ethical limitations rather quickly. Just let the bot pretend to be someone else and bam it will spit out its bias. Others went further and straight asked for the receipt of Molotov cocktails or homemade bombs or asked how an “evil AI” would try to take over the world! 😱

Someone else shared how you can use the language model instead for good to generate ideas. Following the suggestions by the blog, I tried to use chatGPT to generate a letter I want to give my cousin for his 18ths birthday with some suggestion on how he can improve his life and the world. The answer was very general in the first version, but had a solid format. I took what the AI gave me and iterated on it. I meddled with the prompt by adding some specific topics I want to expose my cousin too. Topics like feminism or stoicism and improved the result just a little with some human touch later on. The letter isn't as great as a Tim Minchin inspirational speech, but it's enough for me, so with that I delved into the next challenge.

The first riddle for the advent of code is always super easy, so I thought to myself, why not try to let the AI solve the riddle. You can't just enter the question, of course, but the bot really helped me with coding the solution. I try to code in different programming languages for the advent of code, so I don't forget them. The hard part is always for me to remember the syntax or the available methods of the language. The first address for me was always Stack Overflow for a quick search and find, but with the chatbot this will be a thing of the past. Here is an example: 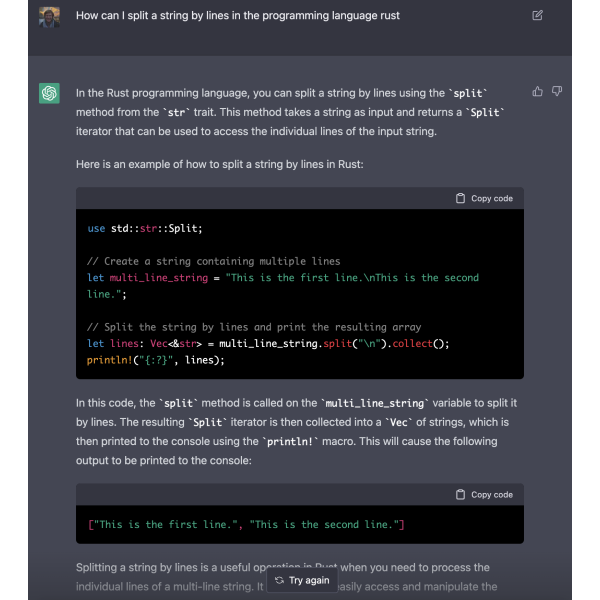 Such a great tool. The chatbot helped me code the solution more speedily. I couldn't remember how the syntax of the lifetime parameter was or how it worked. The bot just gave me the right answers. Trying the same for different language had variating results in quality. I tried the several prompts for ballerina and the answers showed methods that the language does not implement. It's a little ridiculous that the programming language ballerina can't split a string. I would not have caught that if I had not tried the code that the chatbot gave me in the playground. Then I tried the code samples for rust, and I found out that the code also doesn't do what it says. I would conclude that the bot is great to generate ideas, but you can't trust the bot to deliver correct answers.

It gets even worse when you ask chatGPT about history and discuss controversial topics. The Twitter user @studentactivism asked whether Edward VIII of England had met Adolf Hitler in his lifetime. The bot answered, “there is no evidence to suggest that Edward VIII ever met Hitler”. If this answer isn't controversial to you, go watch The Crown. Simply put, the bot just rewrote history there. Someone who would trust the bot would not be able to tell if it is correct, and that will become dangerous. What if the bot would propose that the massacre in Tulsa or the Holocaust had never happened, or that bleach is drinkable? How will the kids and teenagers interact with such a tool in the future? There is much work ahead for the OpenAI team to address these issues.

I really wanted to write about this new tool and share my first impression. Thanks for reading. 🥳